I grew up eating fish. My mom would serve fish at least once a week for dinner. My family wasn’t making a lot but fish was a must have and also the most expensive grocery item on our shopping list. Maybe that was when I began to be fond of fish.

Now that I have control of my kitchen, I am putting the same ritual to work.

While browsing through the fish section in the grocery earlier this week, those bright red orange pieces of salmon were glowing. It was hard to resist not to pick one up and bring it home with me.

Salmon is rich in omega-3. I believe I am not getting enough any OMeGa-3 from red meat (which we are cutting back by more than 50% each week) we consume. Which is also one of the most important reasons why I have to start the fish ritual. Salmon is a type of dish that Walt does not like to order on a restaurant menu because he claims it’s easy to make at home as well as it tastes better homemade. Well, I did have some overcooked salmons at restaurants and since then I stop ordering them. And learned how to make them at home.

I was craving something light and fresh to go with the salmon. So I decided on a salad. I saw some fresh juicy plums and beautiful greens at a local farmer’s market. That’s when I knew how the dish would come together. 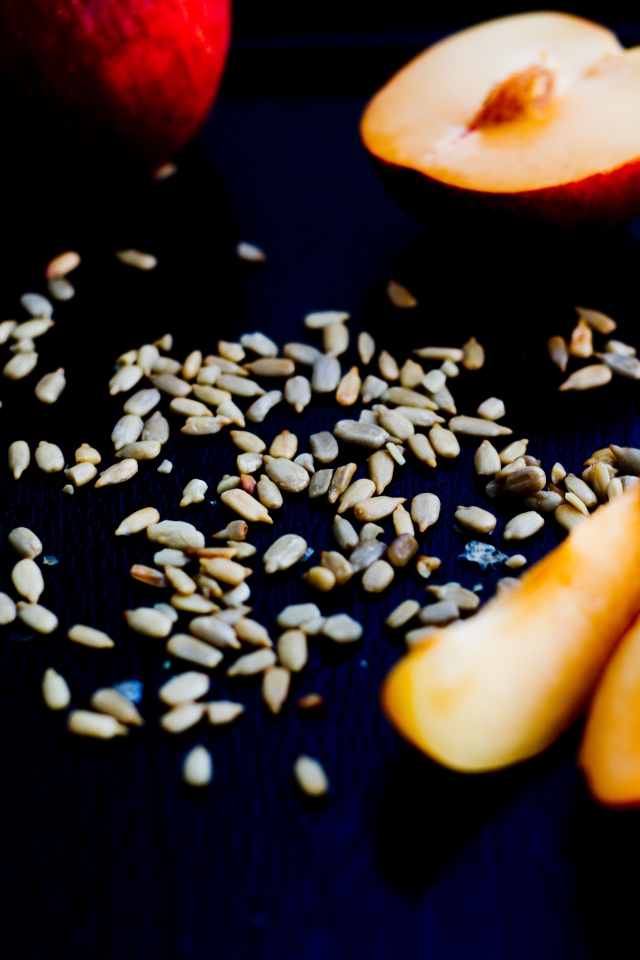 Preparation:
Rinse the salmon. Pat it dry with a towel. Sprinkle some salt and freshly grounded pepper to flavor the salmon. Set aside.

Rinse the spinach and watercress. Put them in colander/strainer to drain and dry.

Prepare the plums. Cut the plums into thin slices and set aside.

Prepare the apple. Cut the apple into match stick size. Drizzle some lemon/lime juice over the apple to avoid its color change and set aside.

Heat a pan on medium heat with the oil. Slide the salmon into the pan. Cook till each side turns brown as well as pink in the center. The skin will eventually come off, if not, pull it off. Then, flake the salmon apart into little pieces to get ready to serve.

Plate the spinach, watercress, plum slices, matchstick apples, and then drizzle some sunflower seeds on top. Add the salmon pieces and dress to serve. 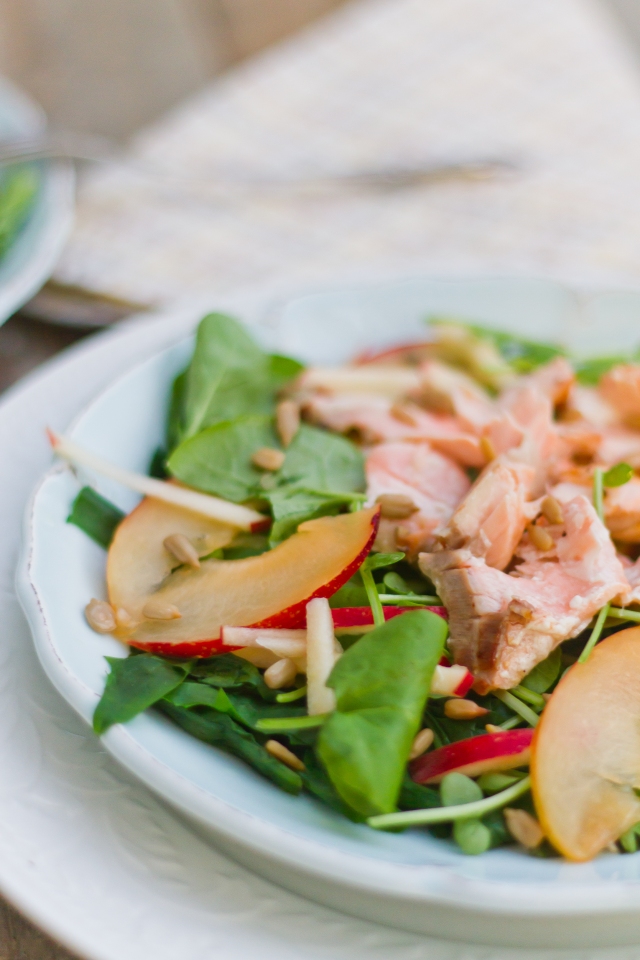